Ice Age Mammoths in Iowa: An Update on the Mahaska County Mammoth Excavation 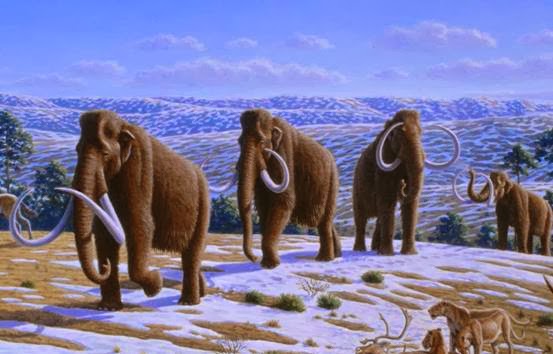 This winter has felt a bit like the return of the Ice Age, so it seems the perfect time to host a program about Iowa’s Ice Age fauna, and OPL’s Reminisce Society is pleased to present Ottumwa native Sarah Horgen to do just that. Horgen is the education and outreach coordinator for the University of Iowa’s Natural History Museum, and she will discuss the mega-animals that inhabited the Ice Age Midwest, specifically those that are currently being excavated in Mahaska County, at the upcoming Reminisce program, Tuesday, February 25, at 10:00 a.m. in the library’s meeting room. Her program will provide an update on the ongoing Mahaska County mammoth excavation, and a discussion of the importance of this discovery and what the associated research may tell us about Iowa during the Ice Age.

The Pleistocene, or Ice Age, began over 2.5 million years ago and ended a short 10,000 years ago, and during that time, Iowa was home to such creatures as giant sloths, mastodons, and mammoths. A Mahaska County landowner found bones on his property in 2010, and later approached the University of Iowa for assistance in further excavation when it became clear that there were more bones than originally thought. Those bones were the impetus for the Mahaska County mammoth excavation, and for more than two years now, Horgen and the UI Museum of Natural History have been coordinating the excavation and research efforts at the site, now in collaboration with the Mahaska County Conservation Board.

Horgen, a 1998 OHS graduate, worked for the UI Office of the State Archaeologist from 2002-05, and since 2005, has been with the Museum of Natural History. Her duties there include coordinating research excavations across the state of Iowa, as well as developing educational programs for the museum, overseeing museum galleries, and making presentations on natural history to groups across the state.

Plan to join us on Tuesday, February 25, for a fascinating glimpse into Iowa’s past. Reminisce Society programs are free and open to everyone. For further information, please call the library’s Reference Desk at 641-682-7563, extension 205.
Email ThisBlogThis!Share to TwitterShare to FacebookShare to Pinterest
Labels: adults, february_2014, programming, reminisce_society
Newer Post Older Post Home