Frank Lloyd Wright: Or Was He Wrong? -- Reminisce Society May 2015 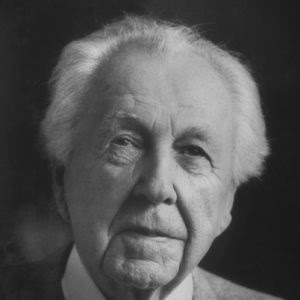 For our May program the OPL’s Reminisce Society is pleased to Roy R. Behrens from the Humanities Iowa . He will present “Frank Lloyd Wright-Or Was He Wrong,” at the upcoming Reminisce program, Tuesday, May 26, at 10:00 a.m. in the library’s meeting room

There is a story (true or not) that Frank Lloyd Wright once testified in court that he was the world’s greatest living architect. “I had no choice,” he later explained, “I was under oath.” During his extended lifetime (he lived into his nineties), Wright and his architecture were far less admired than today. He was almost always controversial, as much for his single-mindedness and his point-blank way of speaking as for his architectural achievements. Regrettably, these same aspects tend to distract our attention from a full, more complete understanding of the traditions that Wright had inherited from the Victorian era, and in turn the amazing influence he had on younger architects in the twentieth century. Where did Wright come from, philosophically? What architectural and design traditions contributed to his professional development? What were his most basic ideas on form, function, the use of materials, and the environment? Was he right about architecture, and about the intrinsic connections between human beings and their earthly surroundings—including the houses in which they reside?

Roy R. Behrens is a Professor of Art and Distinguished Scholar at the University of Northern Iowa. He has taught graphic design and design history for more than 35 years at art schools and universities throughout the U.S

Plan to join us on Tuesday, May 26, for a fascinating glimpse into Iowa’s past. Reminisce Society programs are free and open to everyone. For further information, please call the library’s director, Sonja Ferrell at 641-682-7563, extension 202.
Email ThisBlogThis!Share to TwitterShare to FacebookShare to Pinterest
Labels: programming, reminisce_society
Newer Post Older Post Home