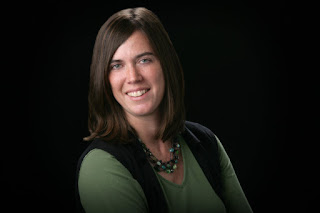 For our September program the OPL’s Reminisce Society is pleased to hear from author and documentary filmmaker, Colleen Bradford Krantz on Tuesday, September 29, at 10:00 a.m. in the library’s meeting room.

It seems incomprehensible that there was a time in America’s not-so-distant past when nearly a quarter of a million children from East Coast orphanages were loaded on trains and sent west, where they were presented “for the picking.” West by Orphan Train is a documentary which tells the story of these children, who were taken from a sometimes-rough existence to an unfamiliar rural setting during an era that lasted from 1854 to 1929. As some of the last of the still-living orphan train riders like to remind us, it was a different era — one that can’t be judged without understanding what lives were like then. West by Orphan Train, a documentary film first broadcast in December 2014, offers that understanding.

Locally there were orphans that have been listed as adopted in Eddyville, Fremont, and Delta. Bradford-Krantz will discuss these and other Iowa families’ stories from the research she did for this documentary.

Colleen Bradford Krantz is a journalist, author and documentary filmmaker. Most recently, she directed, co-produced and co-wrote the award-winning documentary, West by Orphan Train, which was released late in 2014 and first broadcast on Iowa Public Television. Colleen is also creator of the News Tutor app, which teach students and others to be more discerning news consumers. Colleen’s book, “Train to Nowhere; Inside an Immigrant Death Investigation,” was released in June 2011. The documentary of the same name, written and co-produced by Colleen, was released in 2010 and was nominated for a regional Emmy award. Prior to becoming an author and filmmaker, she spent a decade working as newspaper reporter, including five years with The Des Moines Register. She is currently working for the agriculture show, Market to Market.
Plan to join us on Tuesday, September 29, for a look back into Iowa’s past. Reminisce Society programs are free and open to everyone. For further information, please call the library’s director, Sonja Ferrell at 641-682-7563, extension 202.
Email ThisBlogThis!Share to TwitterShare to FacebookShare to Pinterest
Labels: reminisce_society
Newer Post Older Post Home